The presentation made by our project manager Umberto Allievi, is now online.

END_OF_DOCUMENT_TOKEN_TO_BE_REPLACED

Here is the video interview with Dr. Fabio Antonaci subtitled in English

As you may remember, APPiLL was at the Mobile World Congress in Barcelona.

Here in detail a glimpse of the video presentation of the IoT device made by Italtel.

END_OF_DOCUMENT_TOKEN_TO_BE_REPLACED

The Mobile World Congress has just finished and we can proudly state: “APPILL is here!”

We were absolutely thrilled to take part in an international event with APPILL and we are highly satisfied with the success of the presentations we gave.

We managed to attend the event keeping exactly to our roadmap and the development stages we had estimated over six months ago, which is a source of pride for such an innovative product. 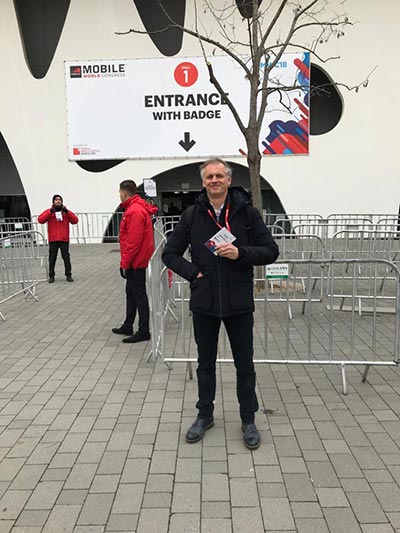 Let’s take one step back for a “Previously on…” recap. APPILL is an IOT device which we have created to help patients on complex drug treatment – i.e. with several medications per day. APPILL administers the right pill at the set time and can be remotely configured via Wi-Fi. What is more, APPILL notifies the caregiver when doses are accidentally skipped. This is why, we strongly wanted to attend the Mobile World Congress 2018 and hopefully with an important business partner.

We believe that technology has to serve people and specifically improving people’s life is our main objective. This project has always been the apple of our eye and this is why we launched a crowdfunding campaign on Kickstarter between November and December 2017 which was favourably met: the backers, who supported us and who we will always be grateful to, gave us the chance to find two major business partners for APPILL’s next steps – ITALTEL and ASSINTEL.
ITALTEL had already engineered Doctor Link, an ecosystem which seems to be exactly the thing needed to further strengthen APPILL’s features. As soon as ITALTEL learnt about us, they stated their willingness to support our project.

Doctor Link is a web-connected healthcare operating system which enables constant exchange of information between patients and their general practitioner but also between the attending doctor and the specialists involved. As a result, patients are consistently assisted and their medical records are shared for best treatment. In December 2017 ITALTEL added us to its business partners and this in turn gave us the opportunity to integrate Doctor Link within APPILL. From December to early March our challenge was to have the device work within the ecosystem and have everything ready for the Mobile Word Congress 2018.

Confident of the integration attained, we went to the Mobile World Congress 2018 in Barcelona where we were surrounded by technology and an atmosphere of great innovation. The new automotive applications based on 5G implementation were particularly exciting, particularly the new generation self-driving cars.

Visiting a futuristic exhibition such as this one means also getting to know tomorrow’s technology: Samsung S9+ is just an example – a little gem we tried in sneak preview. However, what thrilled us the most was to know that our APPILL was in the very pavilions which were a source of amazement for the visitors; this goes to show that the future for connected medical care is drawing closer and is only a finger touch away.

The presentation made by our project manager Umberto Allievi, is now online.

END_OF_DOCUMENT_TOKEN_TO_BE_REPLACED

WiLightSquare is a smart LED lightning system expressly devised for  public squares, rigged with proximity and light sensors and remotely configurable, via app or web application, from a City Hall Command Central. The project has  low-environmental impact and its target is to make public lighting of squares, roads and streets safer and optimized.  WiLightSquare  is equipped for  hardware installation and software features that allows to enrich the square with light scenarios for public events as concerts, fairs, markets etc. We are currently testing the technological prototype.

WiLightSquare has been financed by the Lombardia Region Tender for Corporate Social Responsibility   that has selected  Agevoluzione as one of the companies attuned to the issue of CSR (corporate social responsibility) in the context of environmental protection.

Watch the Promotional video below!

AGEvolutione was present at the DIGITAL + MANUFACTURING networking event, where Digital Excellence has met up with Manufacturing Companies of the Pavia eco-system.
END_OF_DOCUMENT_TOKEN_TO_BE_REPLACED

We created a device that helps older and young ill people taking their medicines safely, and helps the caregivers in their daily work of support.

END_OF_DOCUMENT_TOKEN_TO_BE_REPLACED

SHOWall will take part in  the FUORISALEONE 2017 event  set in Milano with the exivitions plasticONE e plasticTWO at the Milano Isola design District.  plasticONE is a photograpy exhibition built on Showall technological structures and plasticTWO presents the jewellery collection of Sogand Nobahar artist, which design concept store has been realized with SHOWall.

SHOWall project  has been developed by the Civil Engineering  and Architecture Department of University of Pavia in partnership with a group of startup of  the Technological Centre of Pavia: Agevoluzione, Vesenda Julight, all together in collaboration with MTP, a famous Interior Design Company (plano® design).

SHOWall has been financed by “Smart Fashion and Design” tender, a  program of reaserch&innovation funding  promoted by European Union  and  Regione Lombardia with the help of POR FESR 2014-2020.

SHOWall is a project born from the partnership between a group of startup companies and the University of Pavia, and financed by the Smart Fashion&Design tender, a national funding program (co-funded with FESR) for Research&Innovation projects that combines technology and design. Here are the partner: MTP, a Pavia Design Company, Agevoluzione, Julight and Vesenda , startups of the  Technological Centre of Pavia, and the Civil Engineering  and Architecture Department of University of Pavia. SHOWall  is  an  interior design objects with technological and IoT  features (led&laser ,pictures&video, online access) suitable both for home than for gallery exhibition. MTP is setting up SHOWall stages for photogallery and theatre play promoted with Pavia City Hall.

Link here to see the project

Link here for more info about the next exibitions

This site uses cookies to improve your browsing experience in line with your preferences. By clicking the "OK", closing this banner, scrolling through this page or click any element its consent to the use of cookies.OkRead more
Scroll to top